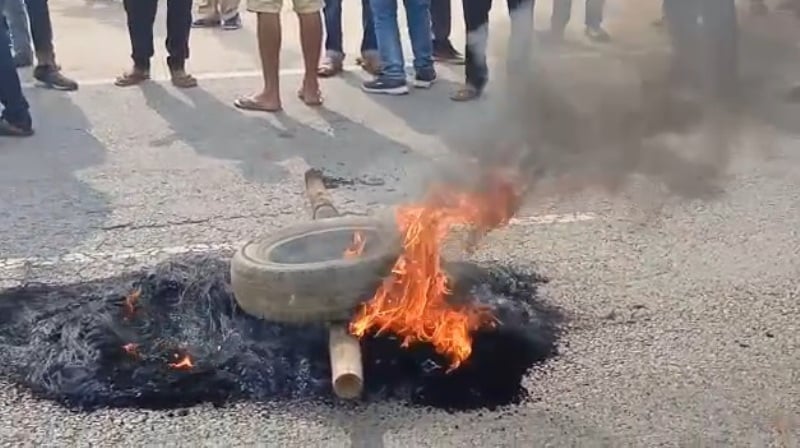 As Assam continues to simmer in protests over the contentious Citizenship Amendment Bill 2019, thousands of people defying the curfew took to the Guwahati streets on December 12th, 2019 shouting slogans against Citizenship (Amendment) Bill.

The agitators continued to stage demonstrations across the state demanding the withdrawal of the bill. Army has been deployed in four areas of Assam.

Commuters faced a harrowing time as vehicles were stranded in various cities of Assam due to heavy blockade following the fresh protests. Vehicles were burnt at several places on December 11th, 2019. The houses of BJP and AGP leaders including Assam Chief Minister Sarbananda Sonowal were attacked in various parts of the state.