The arrested duo hail Lahorighat in Morigaon district of Assam. 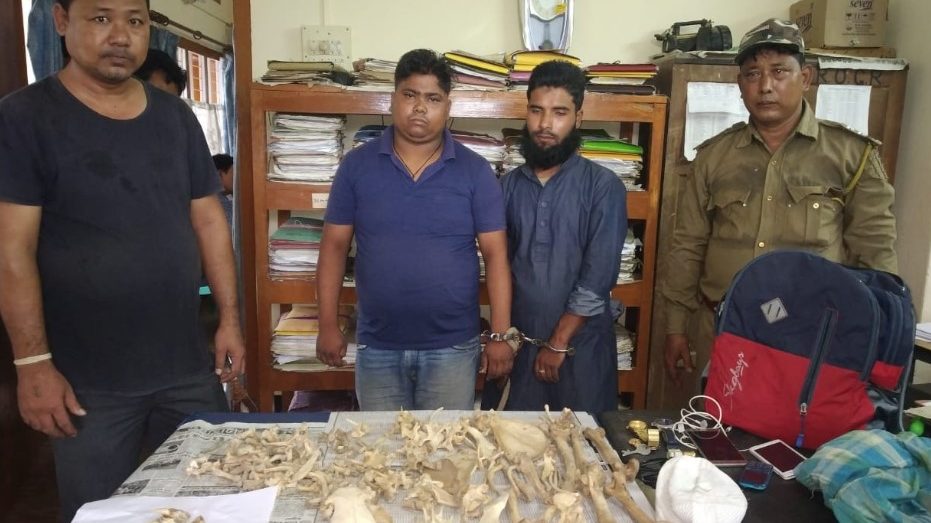 The arrested persons have been identified as Omar Faroque (24) and Nekibur Rahman (24). Both of them hail from Lahorighat in Morigaon district of Assam.

The officials informed that the arrested persons were trying to sell the animal parts in Guwahati. The seized items are worth lakhs, the officials said. The duo landed in Guwahati via passenger bus.

It is suspected that the arrested persons might have a rhino horn and other weapons used for poaching rhinos in their possession. But, the mentioned items are yet to be seized.

It may be mentioned, tiger bones fetch a fortune in black markets in China where they are used to make tiger bone wine – a traditional Chinese medicine tonic which is consumed to get strength and vigour like that of a tiger. The skin of the tiger is used as a decorative item in the Communist countries.