The streets of the state turned into a veritable battle zone littered with burnt tyres, logs, stones, rubber pellets and teargas shells as protesters descended on the streets opposing the Bill 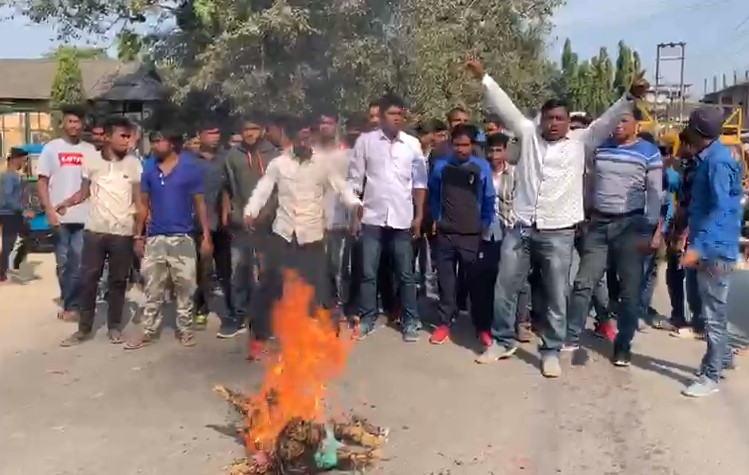 As Assam continues to be restive, Northeast Frontier Railway (NFR) has suspended all passenger train services in Assam and Tripura and short-terminated long-distance trains to the region to Guwahati following violent protests in the two Northeastern states over the passage of the Citizenship (Amendment) Bill, 2019 in the Parliament.

On the other hand, IndiGo announced that all its flights to and from Dibrugarh in Assam are cancelled on December 12th, 2019. “#6ETravelUpdate: Due to the ongoing unrest situation in #Assam, we’re offering rescheduling/cancellation fee waiver (fare difference, if any, is applicable) to the passengers travelling to/from Guwahati, Dibrugarh and Jorhat till 13th Dec, 2019. Stay safe,” IndiGo tweeted.

SpiceJet will refund and waiver of cancellation or change fees for all flights to and from Guwahati and Dibrugarh till December 13th, 2019.

Other airlines such as Vistara and GoAir also announced the cancellation of flights to these two cities and waiving of cancellation or rescheduling fee.

On December 11th, 2019, fresh protest erupted in Assam as the Bill was tabled in the Rajya Sabha by Union Home Minister Amit Shah. The streets of the state turned into a veritable battle zone littered with burnt tyres, logs, stones, rubber pellets and teargas shells as protesters descended on the streets opposing the Bill.

Tens of thousands of seething protestors took to the streets, broke police barricades, and lit bonfires on GS Road road in Guwahati in protest against the Bill, prompting the administration to deploy the army in the evening hours. Police used water cannons, fired teargas shells and baton-charged protesters, who fought back.

By late evening hours, Guwahati resembled a war zone similar to the days of the Assam Agitation. The situation was turning uncontrollable as protesters started pouring in from all sides towards the Janata Bhawan, Dispur Last Gate. Defying curfew, people took to streets at night to protest against the Bill.

The Army conducted flag march as the people defied the curfew in Guwahati on the morning of December 12th, 2019 to protest against the Bill. The Army was called in at four places and Assam Rifles personnel were deployed in Tripura on December 11th, 2019 as the two Northeastern states plunged into chaos over the Bill.