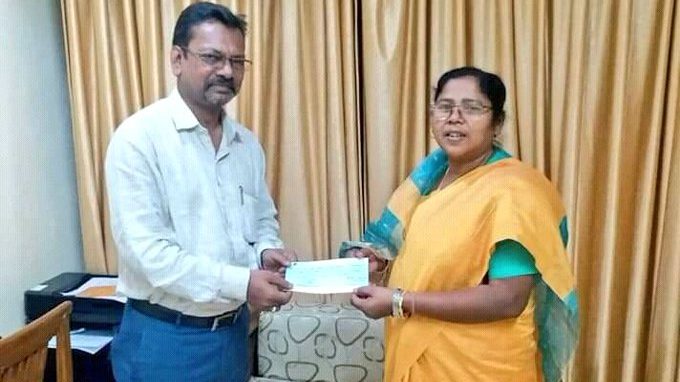 BJP leader Victor Shome said, the 50-year-old parliamentarian, who is also general secretary of the ruling saffron party in Tripura, handed over the amount to an Assam Government official on July 23rd, 2019, in the national capital – New Delhi.

“As we all know, Assam is going through a devastating flood situation, today I donated my first-month salary as an MP to the CMs relief fund of Assam,” Bhowmik tweeted.

The Assam Chief Minister Sarbananda Sonowal thanked the MP for her kind gesture and support for the people of Assam.

At least 67 people have died and 33,55,837 have been affected in the deluge that hit the state severely.