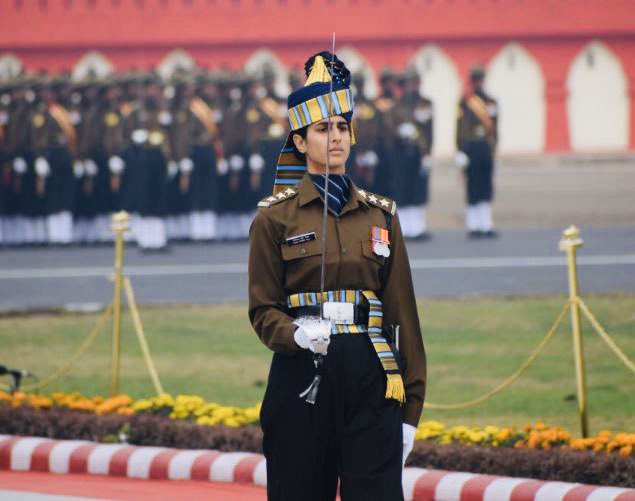 Breaking stereotypes and shattering the glass ceiling, Captain Tania Shergill has become the first woman parade adjutant for the Republic Day parade. A parade adjutant is responsible for the parade.

Tania was commissioned in March 2017 from the Officer Training Academy, Chennai. She is an electronics and communications graduate.

Tania is the fourth generation of her family who is admitted to the army. Her father (artillery), grandfather (armored) and great-grandfather (infantry) have also served in the Army.

The social media users can’t stop praising the young captain after a video of Tania leading an all-men contingent during the Army Day Parade went viral.

The country just fell in love with her confidence and poise as she marched down in front of an august audience at the Cariappa Parade Ground wearing a khaki uniform and holding a ceremonial sword.

Mahindra group chairman, Anand Mahindra said that the video gave him “goosebumps”. ” , “Now this gives me goosebumps. So incredibly inspirational. Tanya Shergill is what I’d call a true celebrity. THIS video should be trending… not just the Tik Tok variety…,” he tweeted. Bollywood actress Celina Jaitly also praised Tania.

Brazilian President Jair Bolsonaro will attend the Republic Day parade as the Chief Guest. Republic Day honours the date on which the Constitution of India came into effect on January 26th, 1950 replacing the Government of India Act as the governing document of India.

Let’s check out a few tweets: