A team of Sonitpur Police under the supervision of the Superintendent of Police, Sonitpur launched an operation and arrested two Fake ULFA (I) cadres from Milanpur kochar chuburi and Dolabari.

Letter pads of ULFA (I), 3 stamps, 4 mobile handsets with three sim cards used in demand work has been recovered and seized accordingly.

They are involved in numerous extortion cases in Sonitpur district. 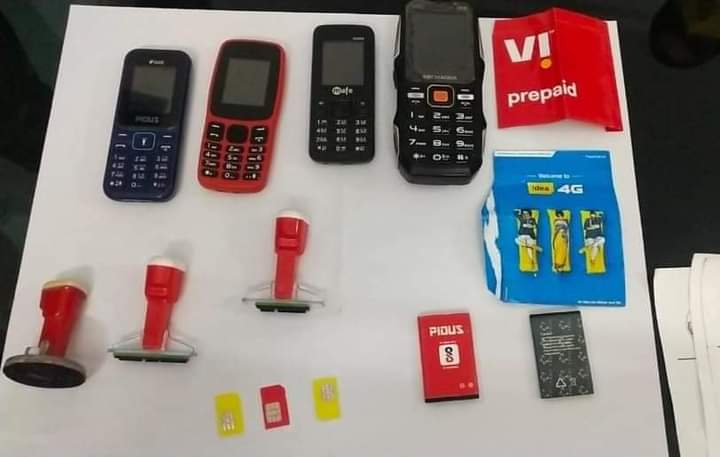 Letter pads of ULFA (I), 3 stamps, 4 mobile handsets with three sim cards used in demand work has been recovered and seized

The incident came to light when some unidentified miscreants are on the run after lobbing a hand grenade at a shop in Tingrai bazar area of Digboi under Tinsukia district on last Friday. 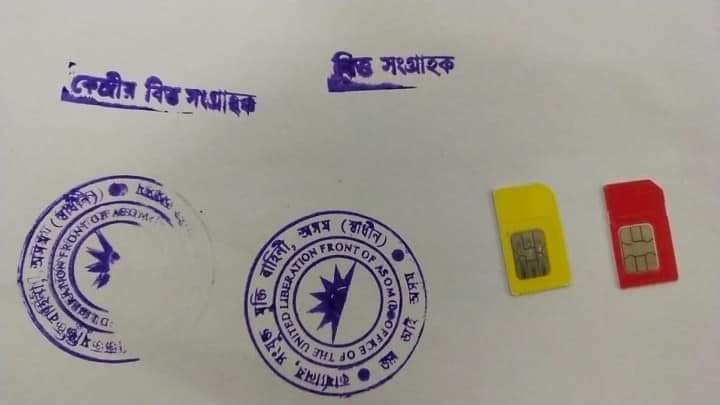 The banned militant outfit of ULFA (I) has denied its involvement in the suspected grenade blast.

Meanwhile, Tinsukia police on Saturday announced a cash reward upto Rs.2 lakhs for anyone giving concrete information about the miscreants behind the blast incident in Tingrai bazar.

Seeking the public’s support in the district, Tinsukia police shared a picture of two motorcycle-borne suspects on their Twitter and Facebook handles.