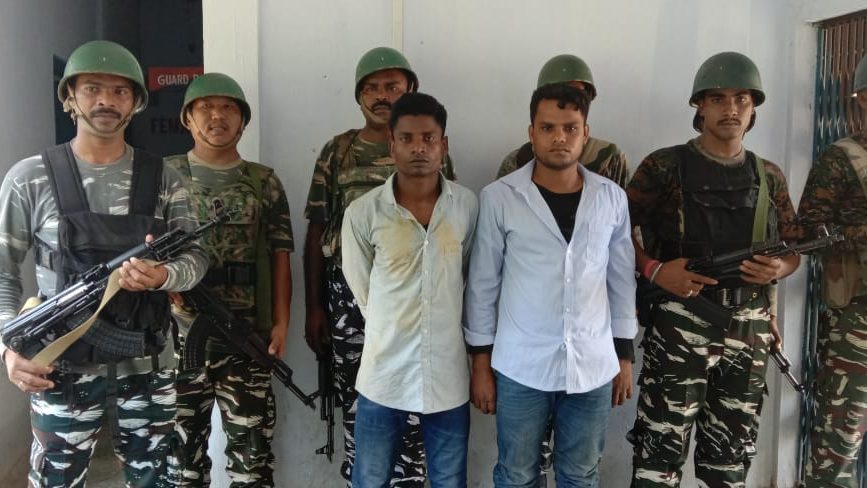 Acting on reliable information about the outlawed ULFA-I infiltrating into Upper Assam through the route of Longka area of Arunachal Pradesh to carry out subversive activities, a joint operation was conducted by the Indian Army and CRPF. Two hardcore Myanmar trained cadres of the outfit were nabbed in the operation.

The troops of Indian Army and the CRPF conducted anti-insurgency operations at a dense forest, few kilometres from Nampong, a census town in the Changlang district of the state on August 22nd, 2019.

During interrogation, Mintu and Kaku revealed that they joined the outfit on November 10th,2013 and April 26th, 2011 respectively. Both of them underwent weapons and obstacle training in Myanmar for six months, the duo told security forces. They were residing in Sumpa Ga area of the country and were tasked to carry out extortion activities in Upper Assam, security forces said.

Meanwhile, the joint team has registered a case with the Nampong police and have handed them to the Assam police.