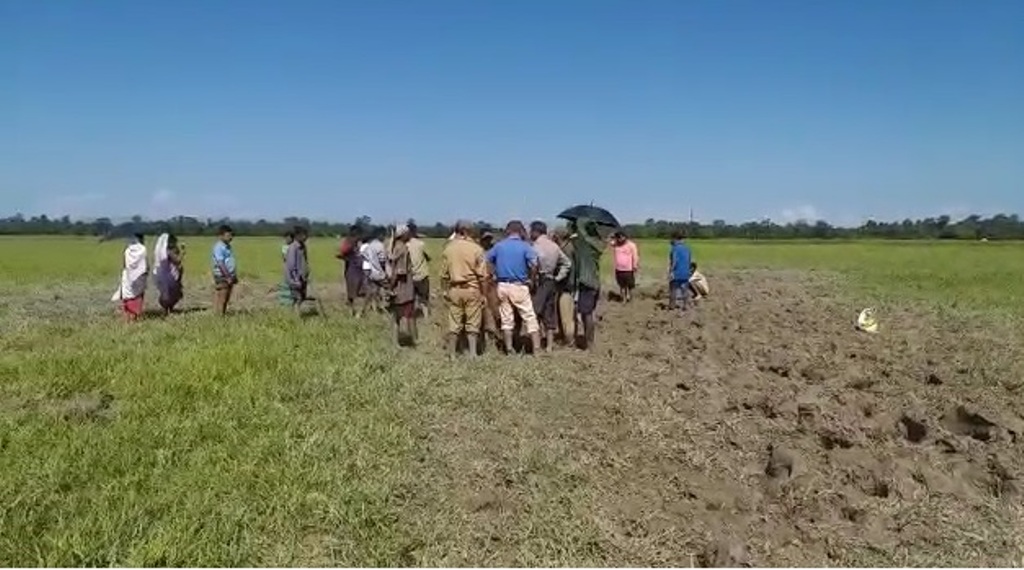 Two wild elephants were found dead in a paddy field at Gorudharia Chetri Chowk in Dibrugarh’s Madhupur on November 1st, 2019.

As per reports, the wild jumbos got electrocuted after coming in contact with live wires put up by the locals to scare away wild animals.

The elephants are suspected to be part of a wild herd which often strayed out of the nearby Medela reserve forest in search of food. The locals alleged that an elephant-group has been giving sleepless nights to the farmers for the past couple of months.

Some cultivators alleged the forest department’s negligence as despite the rise in cases of man-elephant conflict and their movements in their land, the officials have turned a deaf ear to their issues which led some of the farmers to lay electric wires in their paddy fields to protect their crops.