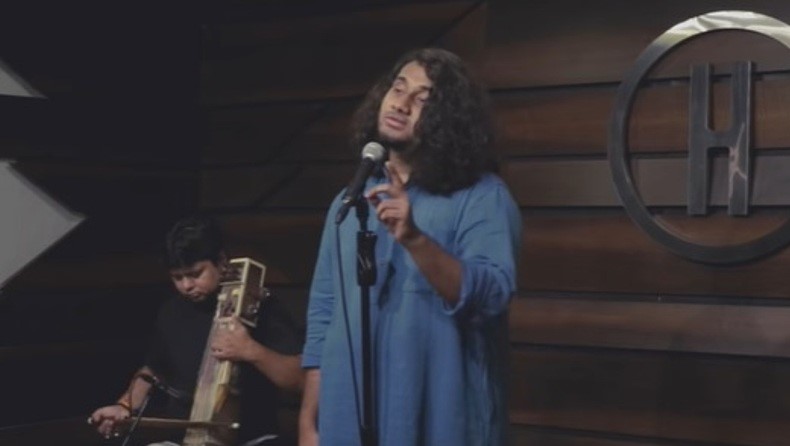 In a bizarre turn of events, a 23-year-old Jaipur based poet Bappadittya Sarkar underwent a bumpy Uber ride in Mumbai city after his cabbie took him to the cops after overhearing his phone conversation criticising the Citizenship Amendment Act(CAA).

According to reports, the activist Bappadittya Sarkar had booked a taxi from Juhu to Kurla on Wednesday night after taking part in an anti-CAA protest in the city and was apparently having a phone conversation with his friend on the CAA protest scenario when his cab driver stopped his vehicle at the midway and under the pretext of withdrawing cash from ATM came back with two policemen.

It was only then Sarkar realised that the vehicle was parked outside a police station.

The incident came to light after social activist and secretary of the All India Progressive Women’s Association Kavita Krishnan took to the microblogging site Twitter to share the scary experience of the poet. The activist also shared a series of screenshots of their conversation.

Narrating the incident, Sarkar said he was talking to his friend about “protest cultures in different cities, Shaheen Bagh, people’s discomfort with Laal Salaam and how to make Jaipur’s protests more effective”.

He shared how the policemen harassed him with “absurd questions” like his ideology, his father’s salary, how does he sustain himself without a job and kept asking him about his dafli. “They advised me not to carry my dafli around or wear a red scarf because abhi mahaul kharab hai, kuch bhi ho sakta hai,”

Screenshots read that Sarkar asked the policemen to listen to the recordings and arrest him if they find him saying “Hum desh jala deinge” or anything that is inciting or can be perceived as anti-national, He turned to the Uber driver and said, “sir aapko kis baat ka bura laga, ye batao, aap police station kyu le aye ho itni si batt pe?”

Sarkar added that the Uber driver kept yelling at him throughout.

He later added that as he was still feeling unsafe, he along with his friend got their luggage and moved to a different place to stay.

Reacting to Krishnan’s tweets, Uber India replied, “This is concerning. We’d like to address this on priority. Kindly share the registered details from which the trip was requested via Direct Message. A member from our safety team will get in touch with you at the earliest.”