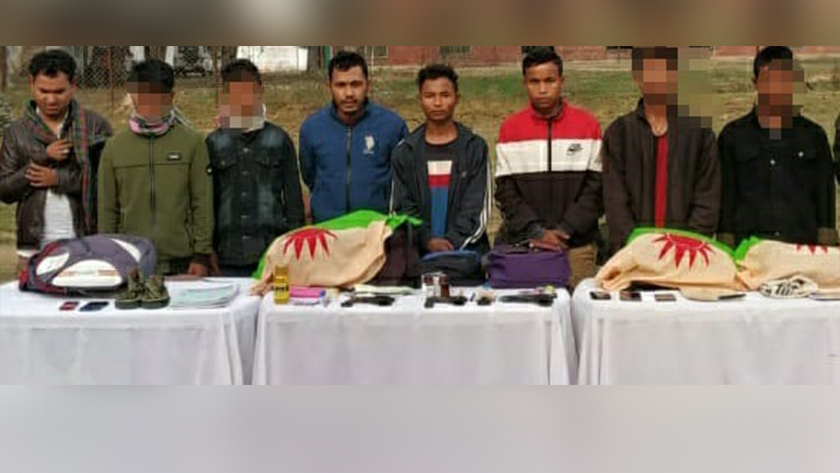 Police apprehended four ULFA-I cadres and four minor recruit cadres in a marathon operation continued for 48 hours. The cadres have been identified as Diganta Gogoi alias Diganta Asom, Khogen Moran, Rana Handique alias Kokai and Abhijit Gogoi. The cadres were apprehended from various places including Makum, Digboi and Kakopothar in the district.

The operation was launched on February 24th, 2020. Two 7.65 mm pistols, one .22 mm pistol with a number of live bullets, three ULFA (I) flags and one pair of Jungle Shoes were recovered from the possession of the cadres.