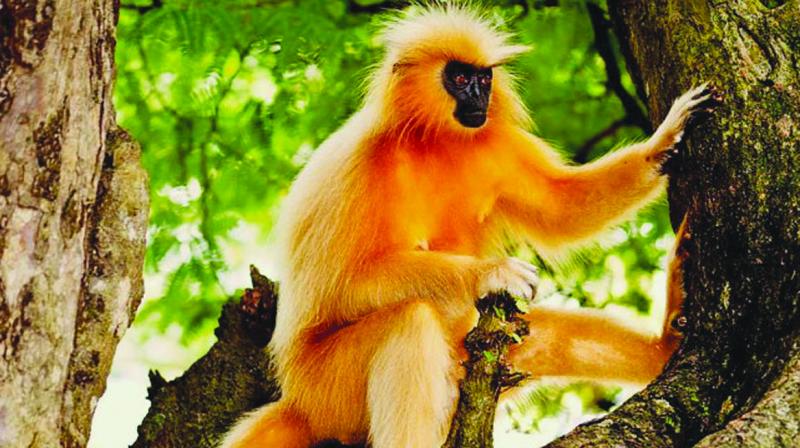 Saddening the devotees and the tourists, the lone golden langur inhabiting the Umananda Island located in the middle of the Brahmaputra river died on February 22nd, 2020.

The exact cause of death is yet to be ascertained through a post-mortem. The conservationists believe that physical ailment suffered by the primate had played a big role in shortening its life.

It may be mentioned that golden langur is a critically-endangered species which is endemic to Bhutan and some parts of western Assam. The island had a maximum population of golden langur a few years back before it plummeted to just five. Then, following the accidental death of a member, the state forest department relocated three golden langurs to the Assam State Zoo in 2011.

The temple priest expressed grief over the death of the last golden langur, which was the attraction of the tourists.