The High Court had on March 9th, 2020 termed the state government's action as “highly unjust”, amounting to “unwarranted invasion into privacy” of the people 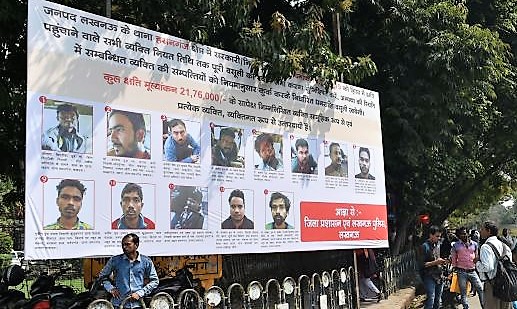 The Supreme Court on March 12th, 2020 told the Uttar Pradesh government it cannot put names, photographs and addresses of anti-CAA protesters in hoardings at public crossings, in absence of law.

A vacation bench of Justices U U Lalit and Aniruddha Bose, however, decided to place a petition filed by the state government against the Allahabad High Court’s March 9th, 2020 judgement on immediate removal the name-and-shame posters, before the Chief Justice of India for setting up a larger three-judge bench.

The High Court had on March 9th, 2020 termed the state government’s action as “highly unjust”, amounting to “unwarranted invasion into privacy” of the people.

Opposing the directions, Solicitor General Tushar Mehta, appearing for the state government, contended those wielded guns in public and indulged in the destruction of properties can’t claim right to privacy. The Supreme Court’s right to privacy judgement also did not protect such accused.

Mehta said the action was taken only as a measure of a deterrent.

The court, however, said there was no law which can back the action by the state government.

Appearing for the accused protesters, senior advocates A M Singhvi, Colin Gonsalves, C U Singh and others, termed the move as the grossest form of violation of human rights. With the posters, the accused apprehended threat to their life.

The court, which did not stay the High Court’s order, put the matter for further hearing next week before a larger bench to settle the controversy.