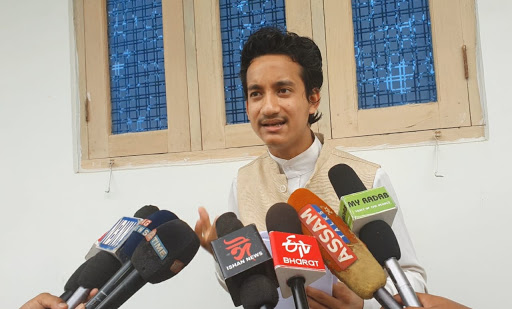 The UPPL, in its ‘release letter’ served to Mech on Sunday evening, said, “The central leadership has unanimously decided to release you from central working committee member and all other positions of the UPPL party for the continuous anti-party activities and non-compliance of party discipline. This ‘release order’ shall come into effect from August 30 itself.”

The ‘release letter’ further said, “Today onward, you can no longer represent the UPPL in any capacity and in any platform.”

Notably, still young Mech, who also mediated the former NDFB outfits to convince them for signing the latest Bodo Accord, on early Sunday criticised the Centre as well as the state government for its alleged delay in implementing the third Bodo Accord. Mech said, “The people of Bodoland Territorial Council, more particularly the ethnic Bodos will be forced to resume its demand for divide Assam fifty-fifty if the implementation of the Bodo Territorial Region is delayed further.”

He also reminded the Centre as well as the state government of the past slogan ‘No Bodoland, No Rest’.

However, hours after his comment, the UPPL expelled Mech from party removing him from all sort of association.

Mech recently joined the UPPL. The party has expended Mech at a time when the BTC election has been approaching faster. Earlier, Mech also claimed that the UPPL would form the government in the BTC, ousting the three-time ruling Hagrama Mohilary-led Bodoland People’s Front (BPF).