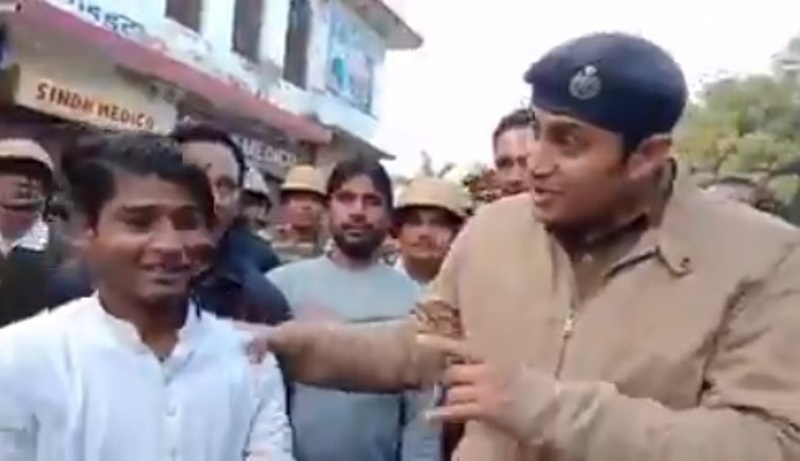 While the people of India are up in arms against the newly enacted citizenship law and implementation of pan-India NRC exercise, a video of a man in khaki who was personally seen explaining about CAA to a group of teenagers is doing rounds in the social media.

In the 58-second video, SSP Santosh Mishra from Etawah was seen explaining to the youths that the bill has nothing to do with the Indian citizens and reassured them that it will not affect their livelihood.

The top cop further warned them of rumour mongers who might try to mislead them about the CAA. He also explained that the law implies only for the people who live outside of India.

The video has already garnered lots of praise and appreciation. Twitteratis have been posting the video saluting the cop for ‘explaining the facts of CAA’.

It may be mentioned that India is on the boil after the Citizenship Amendment Bill was passed in the Rajya Sabha on December 11th, 2019 and turned into an Act. Sporadic violence erupted in parts of the country including the capital city of New Delhi against the act which seeks to provide Indian citizenship to non-Muslims facing religious persecution in Afghanistan, Bangladesh and Pakistan.

In Assam, keeping in view of the law and order situation curfew was imposed in Guwahati and other parts of the state including suspension of mobile internet.