The incident took place at Sonakuchi hills area near Jagiroad on February 1, 2020 evening 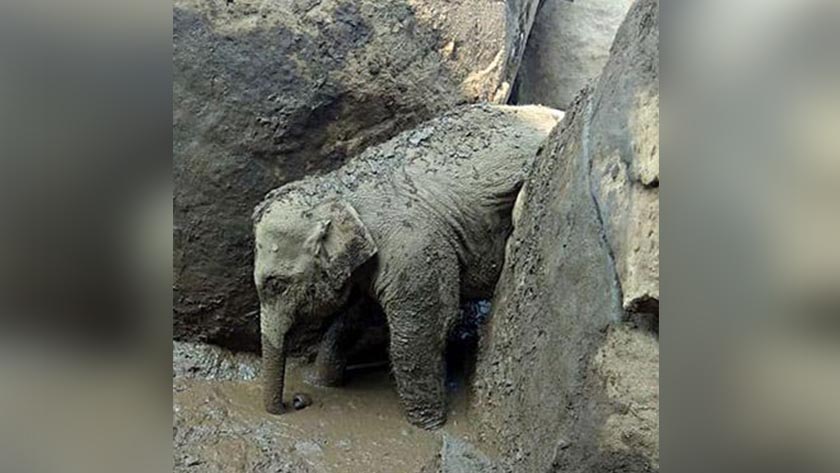 Locals and the forest officials on February 2nd, 2020, rescued an elephant calf that was trapped between huge rock boulders in Assam’s Morigaon district. The incident took place at Sonakuchi hills area near Jagiroad on February 1st, 2020 evening.

As per information, some local villagers noticed that an elephant calf was trapped between huge rocks while its mother was roaming in the area. Later, the locals immediately informed the forest department and started the rescue operation.

“We reached the area and successfully rescued the calf,” the forest officer said.