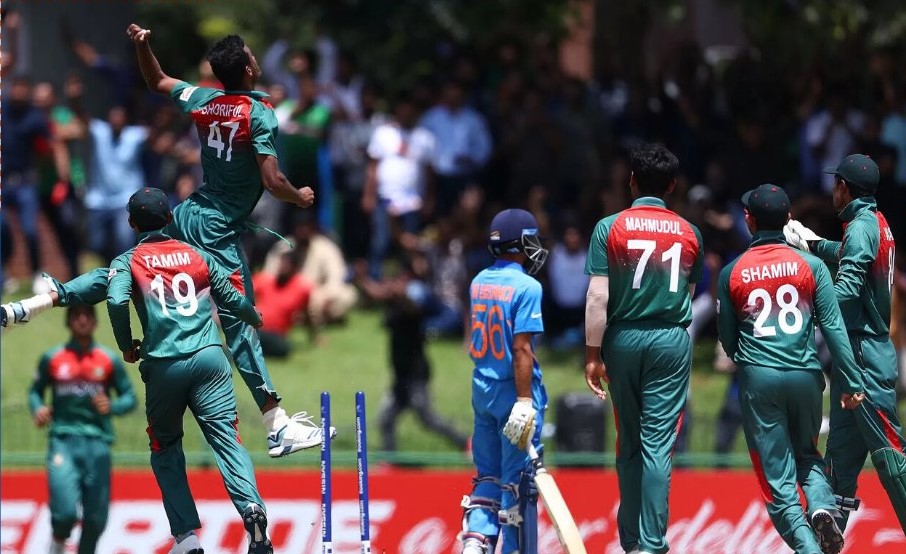 The finals of the ICC Under-19 World Cup 2020 between Bangladesh and India apparently did not have a smooth ending at the Senwes Park in Potchefstroom on Sunday after both the team players were involved in an altercation.

This happened after the Bangladesh Tigers led by Akbar Ali clinched their maiden U-19 World Cup and registered their historic win stunning the Priyam Garg-led team by three wickets.

A video of the incident is currently doing rounds on the internet.

In the video, some of the players are seen pushing and shoving each other as they exchanged a heated argument amid the celebrations of the Bangladesh team. The tension continued for more than 30 seconds even as the umpires, staff tried to separate the cricketers.

Later, India U19 coach Paras Mhambrey finally managed to calm the boys. The reason behind the sudden conflict is not known.

Meanwhile, India team manager Anil Patel informed that the International Cricket Council (ICC) will review the footage of the incident and take a decision accordingly.

While Bangladesh captain Akbar Ali tendered an apology from his team stating that “it should not have happened”, India captain Priyam Garg, blamed the Bangladeshi players for their “dirty” reaction.