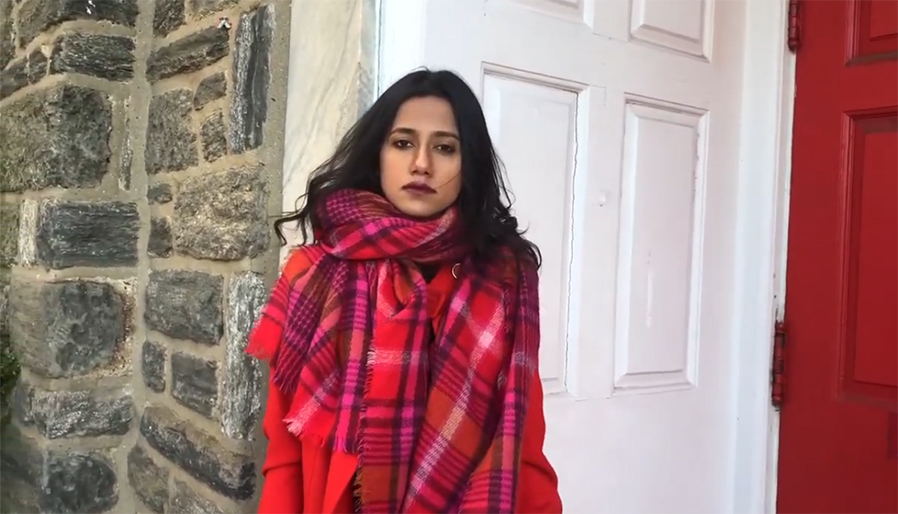 Deeply disturbed by the violence and killings during the Citizenship Amendment Act (CAA) protests in Assam, a United States-based Assamese singer has come up with a song in memory of five youths including drummer Sam Stafford who lost their lives in alleged police firing during the anti-citizenship act movement in the state.

“17-year-old Sam Stafford has become a symbol of the anti-CAA resistance for the Assamese people. What inspired me was the pain of a family losing their child for no fault of theirs. A musician by passion, his young life was eclipsed on December 12th, 2019, in a police firing. This song is in memory of not just Sam but all the other martyrs of this resistance. We will not forget their sacrifice,” Tanmayee Hazarika, the vocalist and composer, said.

The song titled Axomi Aaik Xahox Dili was released on YouTube on January 21st, 2020. The video of the song has been directed by Madhusmita Bora.

Jacob Alappatt, one of Hazarika’s Philadelphia musician friends, originally from Kerala, helped her arrange this song.

Expressing her pain at the death of the youths, Hazarika, who is a research associate in Biotechnology and Lives in Philadelphia, said, “I can feel the pain what a family feels after it loses child for no-fault. The governments come and go. For a small family, the dream to watch their child grow up is all they live for. To take that away from a father or a mother, without the Army and police batting an eyelid is an unimaginable pain that we cannot empathize with unless we are in that parent’s shoes.”

She added, “I wanted to express it through my song that we are thinking of Sam’s family and our wishes and love will always be with them and our fellow brothers and sisters who lost their lives in the past month. They will not be forgotten.”

The song has received a warm response from netizens. “Sam’s death shook me to the core as a mother, a human being and an artist. When Tanmayee first sang the song for me…it was on Christmas Day. We have been very involved in the resistance and we decided to take that day off to celebrate with our friends and family,” Bora said.

She added, “I cried when I first heard the song. Then we both again got busy with protests and our lives. We were coming back on the bus to Philadelphia from NYC l, after a CAA action at the Union Square Park, when Tanmayee told me she recorded the song. She was looking for a videographer. I proposed shooting the video and told her what I had in mind. Because of Sam’s age, I picked the location to be at a school, a Quaker school. The rest of the video was shot in the Wissahickon, where my son has grown up playing.”

On December 11th, 2019, the Parliament passed the CAA. This triggered massive protests across the state which later spread to other parts of the country. Violent incidents too took place in some parts. Curfew was imposed to bring the situation under control. Later, mobile internet services were suspended in 10 districts of the state.

The next morning, Sam participated at a gathering in Latasil playground called by the All Assam Students’ Union that sought the legislation’s rollback.

The budding musician was returning from the playground, where singer Zubeen Garg performed in solidarity with protesters against the Act. Sam, who was keen on following in the footsteps of his drummer father, was fatally struck by a bullet allegedly fired from a security personnel’s gun at some miscreants trying to foment trouble during curfew at Namghar Street. He later succumbed to bullet injuries at a hospital.

The protests against the Act also garnered support from other parts of the world including New York, Canada, Australia, Florida to name a few. Assam origin people living abroad too demanded immediate withdrawal of the Act saying that it would jeopardise the existence of the Assamese community.

The Assam origin people also staged a protest outside the Indian Consulate in Melbourne demanding revocation of the CAA as it “threatens the linguistic and cultural identity of the Assamese people in Assam”.

The Act seeks to grant Indian Citizenship to the people belonging to Hindu, Sikh, Jain, Christian, Buddhist and Parsi, who have become victims of religious persecution in Afghanistan, Pakistan and Bangladesh and entered into India on or before December 31st, 2014 and lived without documentation.