Pradyot Kishore Manikya Debbarma called for unity between tribals and non-tribals, cutting across political lines, to fight against the implementation of the CAA 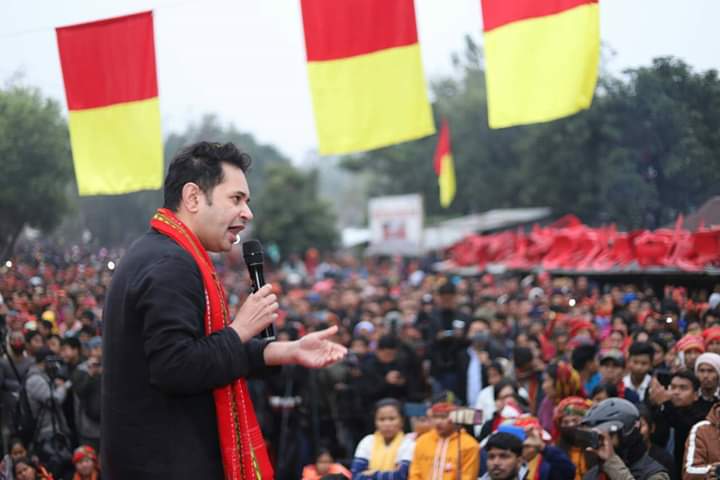 Several top leaders of different indigenous party’s and organisations came together at the rally on January 11th, 2020.

Addressing the huge gathering, Debbarma called for unity between tribals and non-tribals, cutting across political lines, to fight against the implementation of the CAA. He also appealed the locals to not treat Bengalis as “enemies”.

Making a makeshift from his earlier slogan when he was with the Congress, Debbarma raised the slogan Puila Jati Ulobo Jati (community first, community also at the end).