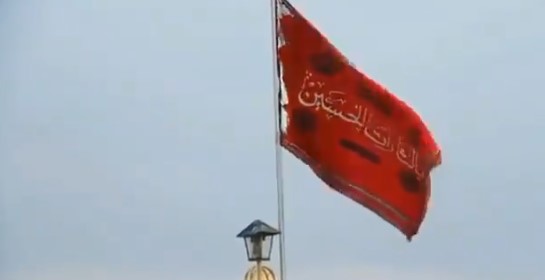 Following the killing of Iranian general Qassem Soleimani by Washington in an airstrike, Iran has unfurled a red flag on top of the iconic The Holy Dome of Jamkaran Mosque in Qom, which is an old Shi’ite tradition symbolising bloody revenge.

This comes after US President Donald Trump threatened to hit 52 Iranian sites “very fast and very hard” if Iran attacks Americans or US assets. Iran has vowed to avenge his killing.

As per reports, it is the first time in the history of Iran that the red flag has been hoisted on top of the Jamkaran mosque.

In a series of tweets, Trump said the US had identified 52 Iranian sites, some “at a very high level & important to Iran & the Iranian culture, and those targets, and Iran itself, WILL BE HIT VERY FAST AND VERY HARD” if Tehran strikes at the US. “The USA wants no more threats!” Trump added.

The tension between Iran and the US is all-time high following the killing of Soleimani. Global leaders have begun assessing the magnitude of the situation with many holding fears of World War 3 and destabilisation of the Middle East.

Trump had earlier said Soleimani was “terminated” when he was on the verge of attacking US diplomats but he insisted that Washington is not seeking to topple Iran’s government. Trump also blamed Soleimani of being responsible for terrorist plots in New Delhi and London.