We Stand By Decision On CAA: Modi In Varanasi

Modi also asserted that the trust set up for construction of the Ram temple in Ayodhya, Uttar Pradesh will work "rapidly" 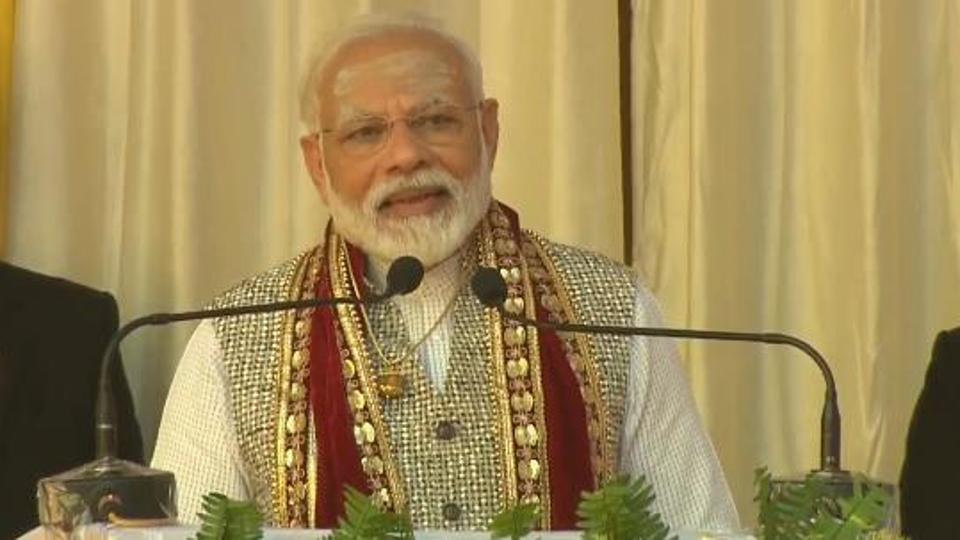 Amidst the non-stop protests against the Citizenship Amendment Act (CAA), Prime Minister Narendra Modi on February 16th, 2020 said his government stood by the decision despite all pressure.

“Be it the decision on the CAA or Article 370, it was necessary for the interest of the country. Despite the pressure, we stand by our decision and will remain so,” Modi said while addressing a public meeting in his Lok Sabha constituency Varanasi.

The CAA aims to grant citizenship to Hindu, Sikh, Jain, Parsi, Buddhist, and Christian refugees from Pakistan, Afghanistan, and Bangladesh who came to India on or before December 31st, 2014.

He attended the closing ceremony of the Centenary Celebrations of Shri Jagadguru Vishwaradhya Gurukul at Jangam Badi Math in Varanasi.

Modi also asserted that the trust set up for construction of the Ram temple in Ayodhya, Uttar Pradesh will work “rapidly”. Following the Supreme Court directives, the BJP-led government at the Centre had recently set up the Shri Ram Janmabhoomi Teerth Kshetra to look into the construction and management of the temple.

During his day-long visit to Varanasi, the Prime Minister also laid the foundation of a total of 50 projects worth Rs 1,254 crore. He also inaugurated the 63-feet statue of former Bhartiya Jana Sangh leader Deendayal Upadhyaya in Varanasi.

He also flagged off the Mahakaal Express to link Varanasi, Ujjain and Omkareshwar. Modi released the translated version of the Shri Siddhant Shikhamani Granth in 19 languages and a mobile app of the Granth.