We will not Tolerate Dispur’s Conspiracy to Kill Akhil Gogoi; Says KMSS 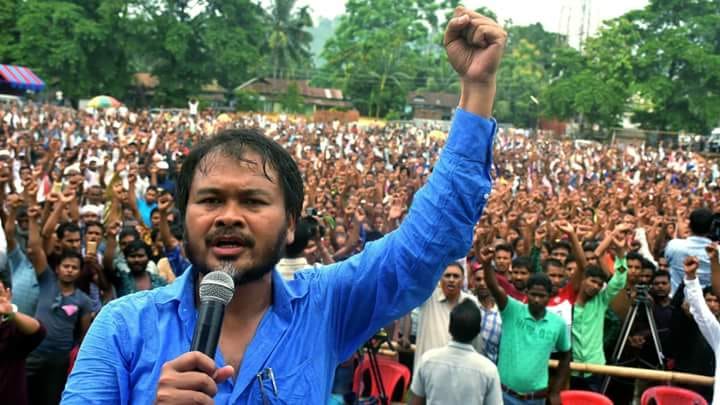 Guwahati: Expressing strong resentment over the revelation of the detection of anti-CAA protester Akhil Gogoi with Covid-19 positive, the Krishak Mukti Sangram Samiti (KMSS) president Raju Bora on Saturday evening said, “We will not tolerate the conspiracy plotted by the government of Assam to kill Akhil Gogoi.”

The KMSS president demanded the state government to immediately admit the peasant leader at Gauhati Medical College and Hospital (GMCH) and provide appropriate treatment. “Do not indulge in politics over Akhil Gogoi’s health. We will declare jihad against the state government if Gogoi is not provided improved treatment.”

Notably, the peasant leader’s wife Geetashree Tamuli also expressed concern over the shocking revelation and exclaimed, “At last, the waiting has ended. They (competent authority) could not inform it officially. When our counsel inquired, the result came positive. Must be tested days back? It was heard, the bed was already readied at the GMCH since the day before yesterday. I do not do politics. I am a teacher. I am also someone’s daughter, wife and a mother. I simply want back a physically fit person. I will not showcase tears. I simply demand it in exercising my human rights.”