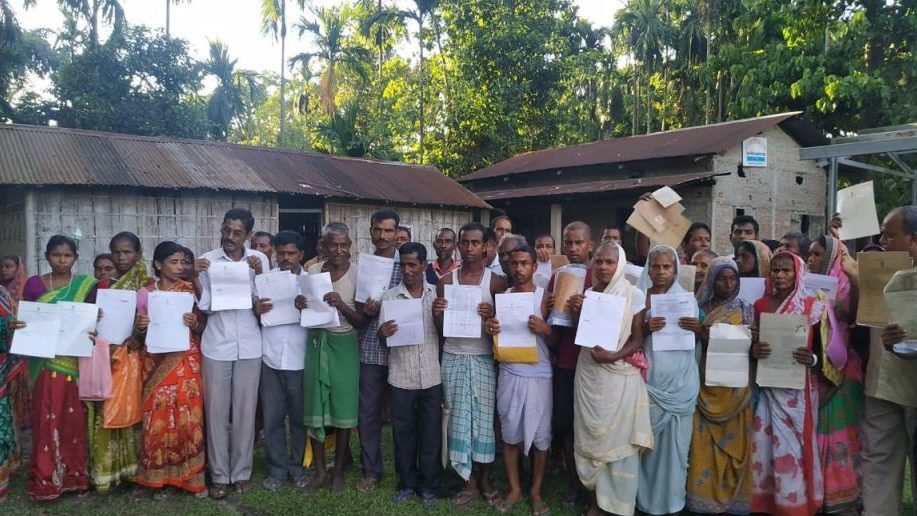 The final updated list of the National Register of Citizens (NRC) was published online on September 14th, 2019. The 3.30 crore individuals in Assam who had applied for the inclusion of their names in the NRC list can now check their status. The list includes the names of those who have been accepted as citizens, those who have been rejected and those whose appeals are still pending.

It’s a matter of great relief for the ones whose names have been included. But fear, anxiety and uncertainty have gripped the people whose applications have been rejected. They will have to go through another round of legal scrutiny at the hands of the Foreigners Tribunal. If one is declared a ‘foreigner’ after exhausting all legal options, they will be sent to the detention camp coming up in Goalpara district of Assam.

The construction is going on in full swing to complete the 15 four-storey buildings by December this year. Interestingly, most of the labourers working at the construction site don’t have their names in the NRC list. Built over an area of 2.5 hectares, the size of the detention centre is similar to sizes of seven soccer fields. It will have a hospital, school, auditorium and so on.

With several groups alleging anomalies in the NRC updation excise, the exclusion figure angered the ruling Bharatiya Janata Party in the state. Denouncing the list published on August 31st, 2019, the powerful All Assam Students’ Union and other 29 organisations announced to move the Supreme Court claiming several genuine Indians had been left out while illegal immigrants had made it to the final.

The process to update the NRC list began four years back under the supervision of the Supreme Court to identify the genuine citizens of Assam. A total of 19,06,657 numbers of persons including those who did not submit Claims were excluded from the final version of the NRC. 3,11,21,004 numbers of persons were found eligible for inclusion in the last updated NRC list.

A majority of the excluded individuals come from the poorest, illiterate and most vulnerable sections of society in Assam. They can be misguided and looted. Though the Centre always said that the Assam Government will provide legal aid to genuine citizens, there cannot be any denying that people are still clueless on what to do now since the complete NRC list has been published. How will people pay a hefty lawyer who survives on daily earning?

It is the duty of the Assam Government and Chief Minister whom people of the state voted to power to stand with the distressed residents. And not repeat the rhetorics.