Wild Jumbo ‘Krishna’ That Killed 5 In Goalpara Dies In Orang

The 25-year-old jumbo was tranquilised and captured inside Kanyakuchi reserve forest by Sootea MLA Padma Hazarika on November 11th, 2019 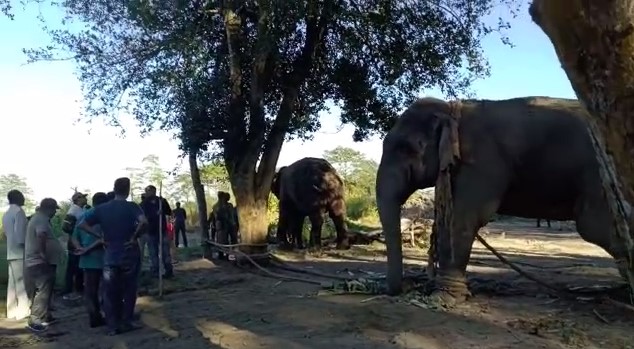 Krishna, the male wild elephant which killed five people in a single night in Goalpara died in Orang National Park on November 17th, 2019.

The 25-year-old jumbo was tranquilised and captured inside Kanyakuchi reserve forest by Sootea MLA Padma Hazarika on November 11th, 2019. Later it was shifted to the Orang National Park in Darrang district.

It was in captivity at Rowmari camp of Orang National Park since November 12th, 2019.

Surprisingly, Hazarika shared a video on Facebook on November 16th, 2019 where ‘Krishna’ can be seen happily drinking water from a tub at the park.

The adult male elephant – nicknamed Laden – used to roam in several areas of Goalpara district destroying croplands and killing human beings. The elephant trampled fives persons to death in a state of musth in Goalpara following which Assam Chief Minister Sarbananda Sonowal ordered the tranquillisation of the jumbo.