He travelled in an ambulance with two drivers 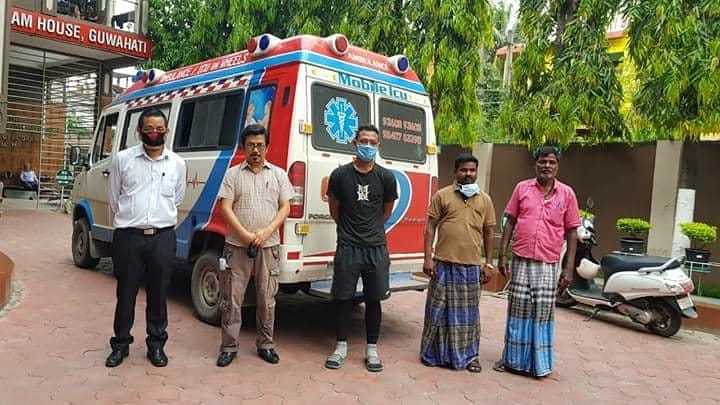 With the lockdown being imposed in the entire country due to the novel coronavirus (COVID-19), a 23-year-old youth along with two ambulance drivers travelled 3,345 km from Chennai to Mizoram carrying the mortal remains of his best friend.

Raphael AVL Malchhanhima accompanied by the ambulance drivers travelled the stretch in 84 hours without continuously.

On April 23, Vivian Remsanga, a hotel management graduate in Chennai, died due to a heart attack. The Mizo Welfare Association said that due to the lockdown it would have been difficult to send the mortal remains to Aizwal.

However, on searching for options, they came across a private ambulance service that was will to do long-distance runs in between the lockdown. On making the arrangements, the ambulance drivers were all set to move on with the journey but they wanted a family member to accompany them in between the journey.

Raphael AVL Malchhanhima was the only person who was connected to Remsanga and on being asked by the association, he did not think twice before setting on for the journey.

They started the on April 26 and travelled for more than 84 hours through five states. The travelled through Tamil Nadu, through Andhra Pradesh, Odisha, West Bengal, Meghalaya, Assam, and then finally Mizoram.

The two drivers from Chennai were Jeyandran and Chinnathambi who just drove straight through the road and stopped only to eat. While they drove alternatively, Malchhanhima tracked the road on the GPS.

The two drivers received applause and the gratitude of the family and people of the state as they reached the state.

“This is how Mizoram welcomes the(se) real-life heroes! Because we believe in humanity and nationality,” Chief Minister Zoramthanga tweeted following their arrival.

He added, “Against all odds! 3000 plus miles of hardship and struggles won’t dampen the spirit of resting the tragic earthly remains of Vivian Remsanga by his friend Rafael AVL Malchhanhima along with Jeyantjiran and Chinnathambi, both from Tamil Nadu. Mizoram salutes you!”